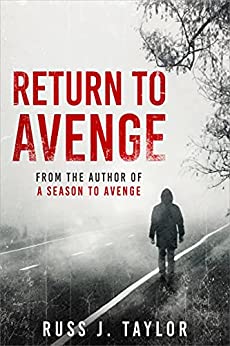 Retired detective Jack Wilson is back. This time, it’s even more personal. After an attempt is made on his life, Jack is forced into action and will use a myriad of tricks, tactics, and deception to fight back. Robert Forari, the man who Jack convinced to surrender to the police two years ago after a vicious crime spree, is out of prison and looking for revenge. He entered the penitentiary feeble, scrawny, and scared. However, Robert came out the exact opposite, and killing two inmates during his incarceration further elevated his status in the criminal underworld. When Robert subsequently orders three of his underlings to kill Jack, a whirlwind of mayhem and violence ensues. Instead of working alone, Jack seeks out help from his former boss, Brian Kennedy, who is also a former detective. Given the grave circumstances and seemingly insurmountable odds, Jack is convinced that a good offense will prove to be his best defense. Jack and Brian formulate a plan to systematically destroy Robert’s entire criminal enterprise prior to bringing him to their own version of justice.

Return To Avenge
Retired detective Jack Wilson is back. This time, it’s even more personal....