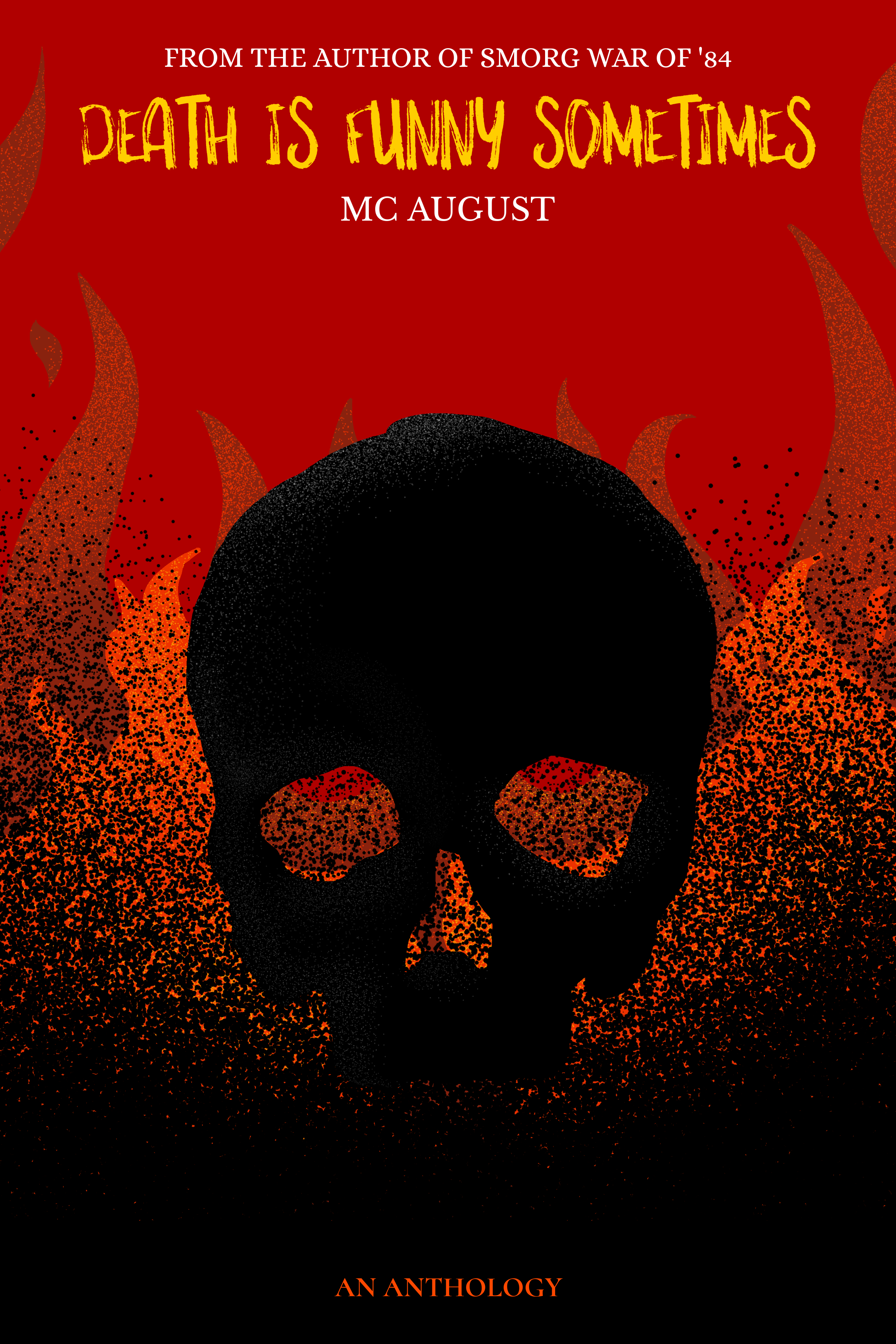 DEATH IS FUNNY SOMETIMES through this collection of 13 stories of horror and science fiction. Among them are…

ANOTHER WILD NIGHT AT THE FUCKED HEN – A former punk rocker turned bar owner protects his patrons from the latest blitz of vampires who aren’t thirsty for beer.

ONE HUNDRED DEGREES AFTER MIDNIGHT – A wrongly convicted man’s final hours on the planet before his execution on death row.

DEAD KID AT A SLEEPOVER – Fun nostalgia trip of a typical sleepover with friends in the 1980s. Just with a dead kid.

SAL & SON – A butcher shop owner seeks revenge against New York mobsters after his father is killed for failing to pay protection money. This one is for slasher fans.

POSTCARDS FROM CHERNOBYL – A young girl who is immune to radiation takes a stand against a government experiment to dominate the world during the nuclear arms race of the 1980s.

MIKE & MANDY FIGHT THROUGH THE END OF THE WORLD – Mike and Mandy were ready to finalize their divorce and start a new life. But the zombie apocalypse screwed it all up. It was just one of those days.

HOW TO CATCH CRAWFISH AS TOLD BY RUFUS WHEELER – In the Louisiana bayou a down on his luck father makes a strange discovery while crawfishing and has hope it can give his son a better life.

SUPERFICIAL CRACKS IN A PORCELAIN FACE – An aging star of Italian Giallo cinema is not ready to retire.