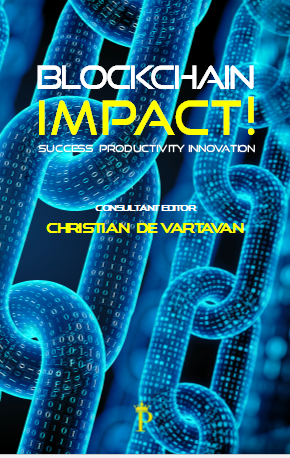 This book is unique because never before have so many chief executives contributed to a single book about blockchain to testify that blockchain works. Blockchain is a commercial game changer for those who learn about it and want to achieve more for their companies or projects. From space satellites, supply chains and FinTech, to healthcare, climate action and education, blockchain is raising the bar for security, privacy, productivity and innovation. This book shows that its impact on our world is not only already economically and technologically transformative, but scarcely at the cusp of its potential. Seventeen senior company executives (mostly CEOs) and leaders in their fields, some former or current university scholars, belonging to 15 companies from around the world ranging from Daimler (Germany) to the NHS (UK) via Plastic Bank (Canada) and Copperwire Systems (USA), show how they have implemented blockchain with success in their own businesses. Blockchain Impact! also presents a firsthand account of how the blockchain technology was invented as its consultant editor is in direct contact with one of blockchain’s founding fathers. Finally, this is not just a book about blockchain, it is a block of the blockchain. Its entire contents have been converted to a hash which is printed on the back cover. De facto demonstrating how blockchain can be used in book publishing to protect intellectual property and create immutable records. As far as could be verified, this is a world first. No evidence has come to light of any book hashed and put on the blockchain by any publishing house in history. Blockchain Impact! has a hash on its back cover alongside a QR code and ISBN barcode. But what is a hash, and what is the point of hashing a book? The answer to this question and others is revealed in the book.

Blockchain Impact!
This book is unique because never before have so many chief executives...