YVONNE ADDARIO is a world traveler, undersea explorer, and part owner of a treasure ship that is still being recovered today. Yvonne writes about a popular niche in history. Her readers always long to hear more about “the golden age of piracy” from the past to the present.

Aside from slinging anchors and hoisting ropes and sails, she has had the unique privilege and pleasure to journey to destinations along the routes these explorers and pirates traveled, tasted the foods and taken in the sights. She has recreated native recipes from their Caribbean island haunts, not only to make them ‘piratically fun’ but also esthetically pleasing for guests on her research and recovery vessels and for shipwreck business parties.

Yvonne writes for local newspapers and Lost Treasure magazine, and authored the successful book, Treasure Diving with Captain Dom - Special Archival Section and publishing Diving for Sunken Treasure: Excerpts from the Jupiter Wreck Trilogy for the cruise-ship industry, where she and Captain Dominic are often invited as “Enrichment Speakers” aboard Royal Caribbean, Celebrity, and Regency cruise lines. Captain Dominic Addario, 21st Century Undersea Explorer, has been featured internationally for his unique undersea discovery and recovery of a 17th-Century Kings Messengers Ship that sank in 1660 off the shores of Jupiter, Florida, U.S.A.

Just released is the Explorers Cookbook and Travel Guide - Pirates Edition. The title of this book is self explanatory - traveling in the footsteps of the early explorers of the Caribbean. She writes about fabulous destinations, with an added bonus of including fascinating folklore and the exciting entertaining foods that have derived from the past. Included are recipes and travel tips. This is book is growing in popularity and can be found not only in the United States, but also in airports, and retail shops throughout the Caribbean, including Puerto Rico, St. Marrten and the Virgin Islands.

In 2018 Ms. Addario was a recipient of the Indie Book Award. She was also a finalist in the 2012 Next Generation Indie Book Awards for her book entitled, Explorers Cookbook and Travel Guide- Pirates Edition. The Next Generation Indie Book Awards is the largest Not-for-Profit book awards program for indie authors and independent publishers. It recognizes and honors the most exceptional independently published books in 60 different categories, for the year, and is presented by Independent Book Publishing Professionals Group (www.IBPPG.com) in cooperation with Marilyn Allen of Allen O’Shea Literary Agency. Her book also won the President ’s Book Awards 2012 Silver Medalist
Coffee Table Book Category.

She is presently working on 3 other books and reality series television programming stemming from the “Explorers Cookbook and Travel Guide” book, each related to adventures in travel with the captain. 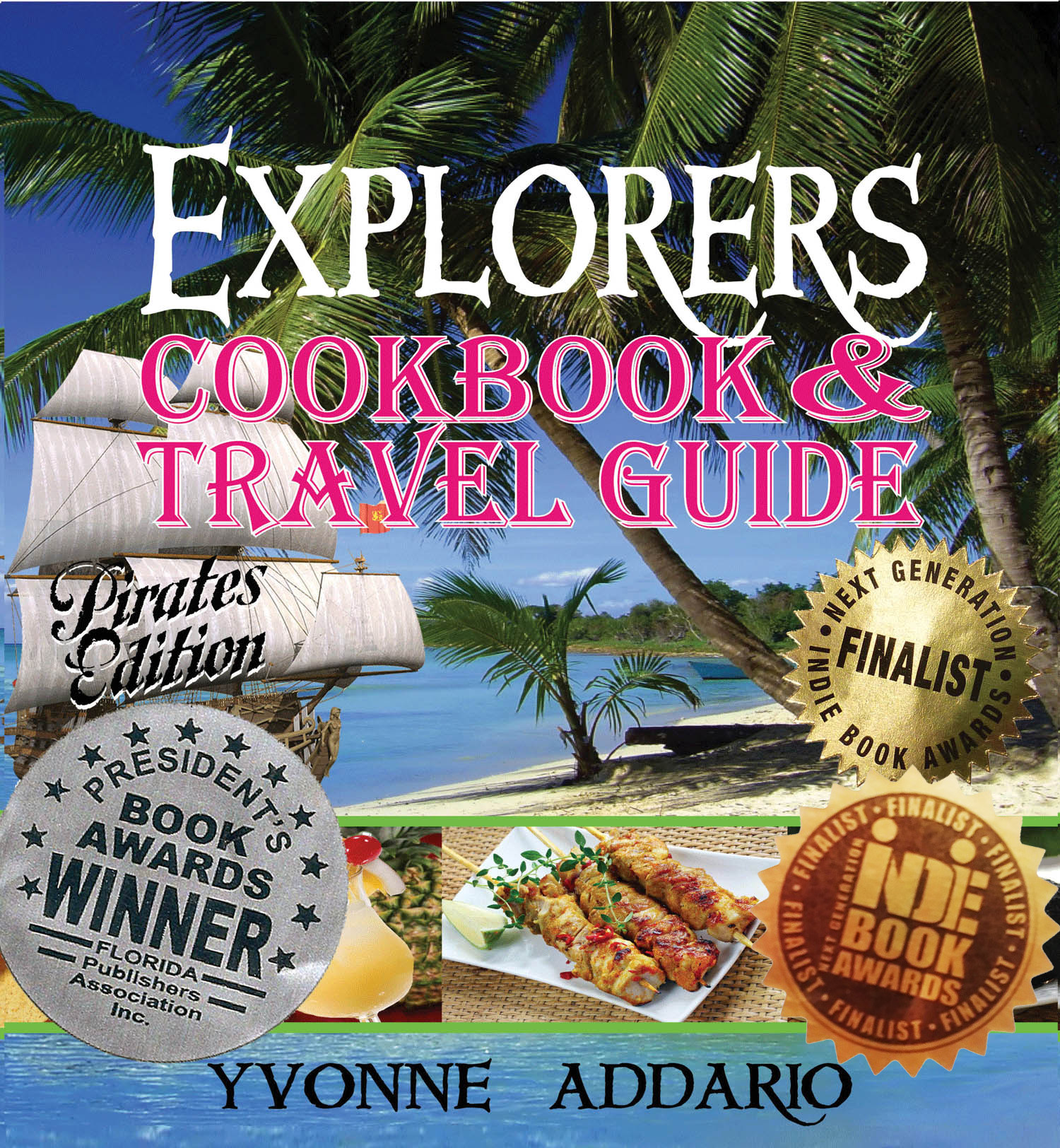 Get A Copy
Tweets 4